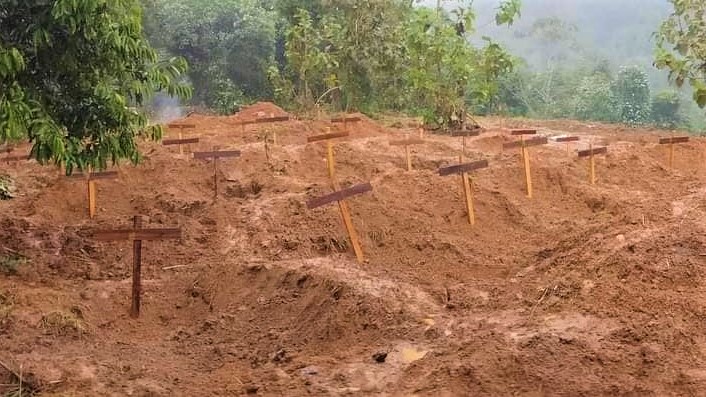 10/26/2022 Myanmar (International Christian Concern) – Eighty people were killed and another 200 injured when the Tatmadaw (Burmese Army) attacked a music festival in Christian-majority Kachin State in Myanmar on Sunday evening.

A video from Kachin News Group showed the aftermath of the deadly attack.

Popular musicians, artists, and elders were among those killed, including Galau Yaw Lwi and Aurali. A Kachin Baptist Convention (KBC) source said many victims were KBC Christians and civilians.

The Tatmadaw immediately cut off phone and internet connections and restricted site access for humanitarian groups.

“The Tatmadaw’s apparent violation of the laws of war should not go unpunished,” said Gina Goh, ICC’s regional manager for Southeast Asia. “Dozens of innocent lives vanished in an instant, with many still missing. The Tatmadaw also blocked access to medical care for those injured. This shows its absolute disregard for human life and international laws. The governments around the world and the United Nations need to do more than merely issue ‘statements of deep concern.’ They need to impose stronger sanctions on the illegitimate coup regime.”

The DC-based Kachin Alliance published a statement on Oct. 24: “The coup regime, its leader Min Aung Hlaing, and their collaborators will be held responsible for this heinous crime. Peace in Burma is not possible without the annihilation of this coup regime once and for all. We call upon the international community to end the policy of muted response and take serious action against the terrorist regime which has committed every known war crime against the people of Burma.”